Wendy Chamorro is a NASM and HIT Uni Certified Personal Trainer who joined our team in August of 2017. Her passion for exercise and strength training developed during her travels abroad after college. Wendy was born and raised in Miami, Florida (si, yo hablo Espanol) where she lived mostly off of roasted pig and Cuban coffee. She graduated from Florida State University in 2015 with a BFA in Acting. After studying Theatre abroad in London for a semester, Wendy developed a travel bug and felt that she needed to live abroad for a while before pursuing an acting career, so she became a TEFL Certified (Teaching English as a Foreign Language) and moved to Guiyang, China to teach English to children for a year.

Fitness Around the World

While in college, Wendy was a Pilates and Bikram yoga enthusiast, and during her time in China, she practiced Tai Chi, became interested in meditation, and even got a personal trainer in the hopes to become conversational in Mandarin. She did not become conversational in Mandarin, but she did become interested in strength training and bodybuilding, which peaked her interest in a potential new career as a Personal Trainer.

After a year of living in China, Wendy said good-bye to her adorable students, Kung Pao chicken, and a cultural lack of personal space, to backpack Southeast Asia and Australia. For months, Wendy slept in countless hostels, bungalows, and kitchen floors as she traveled further south until she reached Australia where she rented a campervan for a month and road tripped down the East Coast of Australia.

Feeling satisfied with her world travels, Wendy returned to the US and moved to Los Angeles in October of 2016. Since then she obtained her Personal Trainer Certification with NASM, and began working with 24 Hour Fitness, as well as acting, and doing Private Children’s parties as a “Moana” impersonator (Maui not included).

Not entirely happy with working at a “big box” gym, Wendy was looking for more opportunities to work as a Personal Trainer and one sunny afternoon in August of 2017 she walked into our studio. We loved Wendy right from the start and knew she would be a great fit with our community, but when we introduced our method of strength training, Wendy was a bit skeptical at first. “Being that I had never heard of super slow training, I found it hard to believe that you could get in shape by training just once a week for 30 minutes. My doubts quickly evaporated as soon as I got on the leg press. I’d never felt such deep muscle fatigue before!” She was hooked! Wendy started working the Front Desk, while she studied and obtained her Slow Motion High Intensity Strength Training Certification through HIT Uni as well as hands on practical training with the BEST – Ann, Jon, Joe and Sheila. She received her full certification in January 2018 and is now one of our most in-demand Trainers!

Why Choose Our Studio?

Our trainers! All of the trainers here love what they do and are fully committed to helping you on your fitness journey.

Why Choose Wendy as your Personal Trainer?

“Because I’ll push you to your limit with the biggest smile on my face! “:D 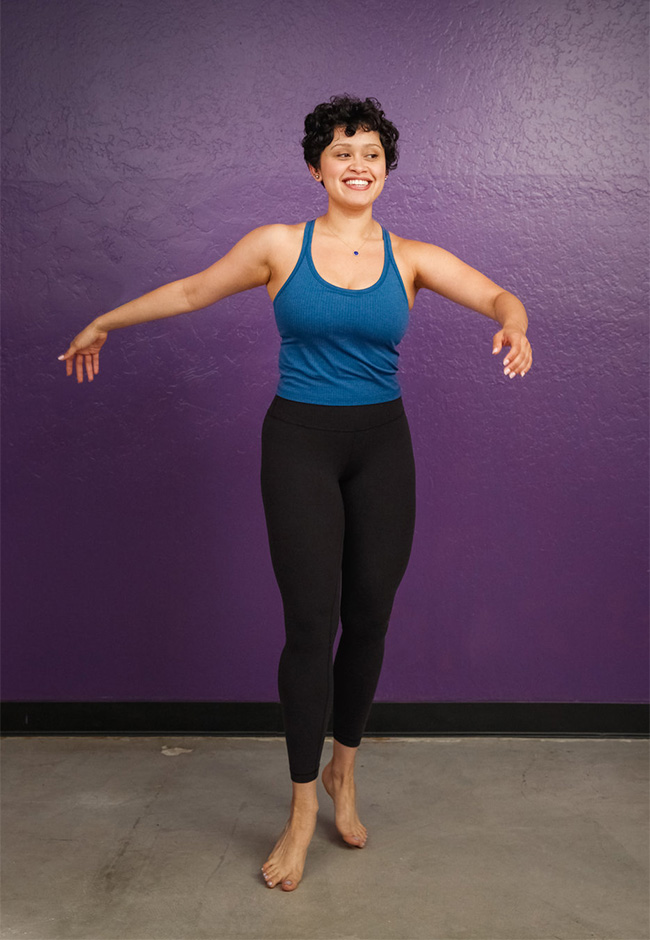 Get Your First 2 Sessions for Only $50

What Everybody is Saying...

Strong is the new pretty. And with Inform Fitness (Toluca Lake) and slow-motion weight training – I’m pretty strong !!!!! This is a must-try workout.

Please do yourself a favor and try this workout. I admit I was skeptical . . . but this really, really works.

After trying many gyms, workouts, programs I have found The Holy Grail in this program.

I loved the workout. . . I could feel my targeted muscles working on a deep core level. I left energized and wanting more.

Slow exercise is a great experience. Staff is excellent. Give it a try!